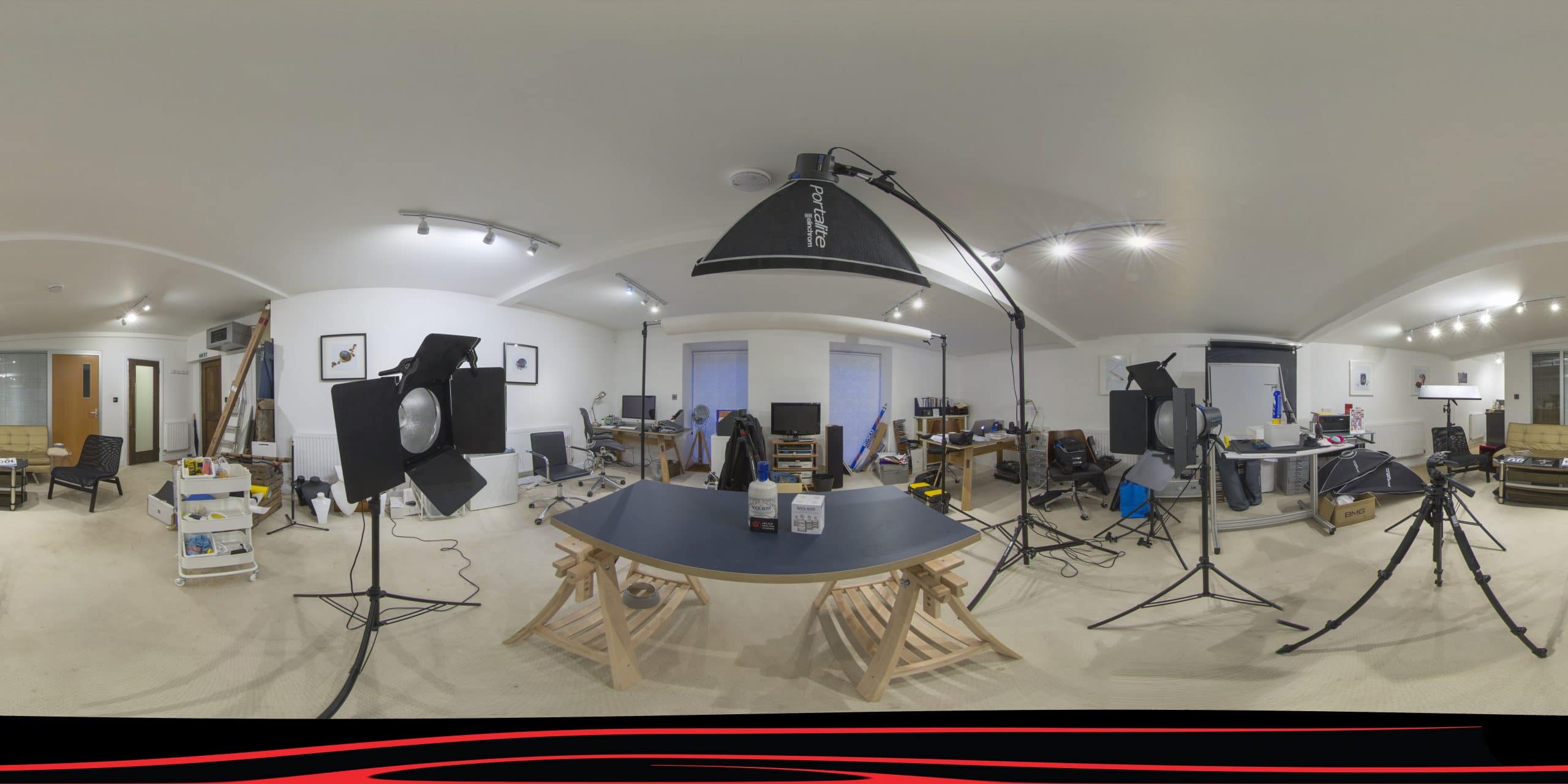 This peculiar photograph is a flattened version of a 360° Panorama I created today of our studio. 360° Panoramas & Virtual Tours are very big in Europe and America right now and we think that with recent improvements to the UK's Broadband Infrastructure that the time may be right to investigate this branch of photography/video further.

The Panorama itself can be seen by clicking here - dive in and take a look around!

On to the technology:

This was created with:

I took 4 shots at 90° intervals, rotating around the nodal point just behind the glass of the lens.  This is important to get right as it is the one axis of rotation that will not cause parallax errors that make it almost impossible to stitch cleanly. To understand this, hold up one finger and line it up with an object in the distance using one eye only. Now close that eye and open the other one - you'll see that the position off the finger in relation to the object has moved, revealing some of what was previously hidden and hiding some of what was previously visible.

Each shot was bracketed one stop above and one below normal exposure and combined to give a full tonal range. I also used a grey card in a test shot to set the colour balance as the lights create a yellow cast. The three shots for each position were merged using Lightroom's HDR facility and the colour settings taken from the test shot so that they all looked the same.

I created the Panorama in Kolor Software's Autopano Giga and for the embedded version you can see here, used Kolor's Panotour Pro software. This creates an HTML 5 version of the tour and viewer.

Tips to pass on?