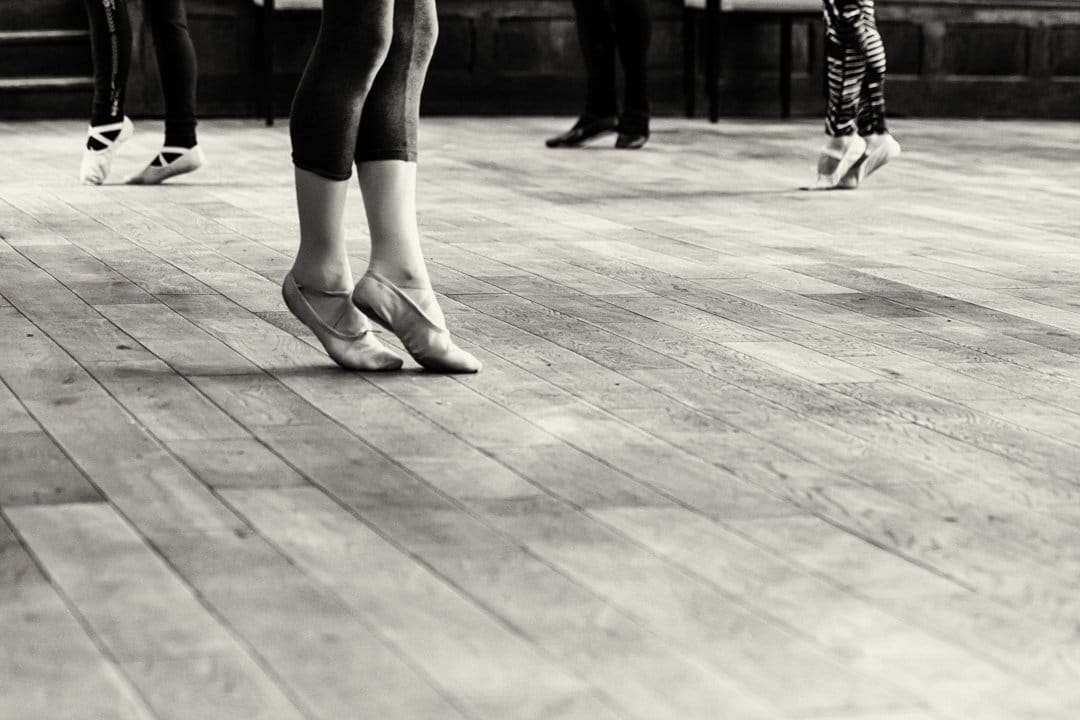 Ageing Gracefully is a project by photographer Chris Wright. The project was created in collaboration with Age UK.

The inspiration for the project is Chris's recognition that photography of the aged tends to either patronise or isolate. Chris was not interested in portraying plucky old folk dragooned into activities they probably detest or focussing on the isolation that comes with the disintegration of the personality that we associate with dementia.

We wanted to show a different side to ageing, one that focuses on positivity and grace, and decided to approach charities that work with older people as a starting point.

A chance meeting with the finance officer at Age UK, Shropshire,Telford and Wrekin led to an introduction to their Marketing department and subsequent phone calls and meetings led to a project definition that everyone was happy with.

Amongst their many activities, Age UK run classes and groups that raise money for the charity. One of these classes was in Ballet, and was open to the over 50's. This seemed a perfect place to start. Access in documentary projects is always the hardest part and the idea of photographing a group of women over 50 years old represented an access challenge we had to deal with. Photographers, especially news photographers tend to barrel in, boss everyone around and consequently miss the soul of the activity. They usually take the shot they had in mind before meeting any of the participants. We decided to take a different approach with the aim of establishing trust so that our photographs could represent people in their best light.

Firstly we visited and observed a class. We announced that we intended to come back over a three week period and take photographs and asked people how they felt about that. Some were enthusiastic, others not, to the point that they didn't want to be photographed. We offered them the power of veto over the photographs we would put forward.

The first photo session yielded some great images, and one stunning shot that we won't use because it features one of the women who objected in the background. The second session we concentrated on the interactions between the women and the third session, by which time everyone was very relaxed about our presence, on the dancing.

We are extremely grateful to all of the women who took part, including those that didn't want to participate because they helped us to find a way to make it a better project. Initially, we didn't have a title for the project, but after reviewing the images decided to call it Ageing Gracefully.

We are hoping, after the summer to work again with Age UK and photograph some of the other activities they run. We already qualify to join some of their groups so we don't want to leave it too long!