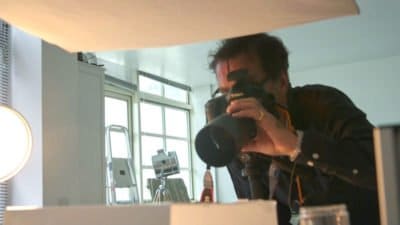 In Image Optimisation & SEO Pt 3 we deal with video, and how this most compelling media should be optimised to have the greatest bang for your buck.

Video is the fastest growing consumable on the internet, in 2015, $6.42 billion was spent in the US on video advertising. In the same period, Red Bull's YouTube channel totalled 4.79 million viewers. Amazing figures by any measure.

The figures suggest that Video carries a punch beyond the power of images and text and this incredible reach has been amplified by the development of mobile devices with large screens and the emergence of 4G. Video can now be consumed like Coca Cola, anywhere, anytime.

Being a born contrarian, I'm going to flatly contradict at least one of the accepted wisdoms about SEO. That you should host your own video. Not true.

If we accept that video is a powerful marketing medium, then we have to acknowledge that it is only powerful if it is actually watched. YouTube, partly because it is owned by Google has a big advantage. Firstly, links back to your web site from YouTube count in the algorithm that determines how high in the rankings your web site appears. Secondly, the YouTube distribution network is superior to that operated by many web hosting companies. so your video hosted on YouTube comes with a guarantee that it will be streamed quickly and that it will in itself add to your SEO clout.

Services such as Wistia (disclaimer alert - we use it but they give us nothing!) guarantee to optimise the delivery of your video to the browser. Not only that but they have morphed into a full service marketing platform, providing statistics, heat maps, calls to action and mailing list signup.

When you get down to the nitty gritty, SEO is not as complicated as some people like to make out. In general the same rules apply to Video as apply to images. You should create high quality content and appropriate metadata, paying particular attention to the title of the file as well as the title of the video.

Use the description to carry appropriate keywords, these will be picked up by the Search Engines.

The quality of the thumbnail is important. Pick an image that is representative of the content and will also encourage viewers to click to see the video.

If the video is suitable, enable embedding and sharing. We're assuming you want this video to be seen by as many people as possible.

Promote the video yourself through all of your usual social media.

There you have it - Image SEO in a nutshell!

Image Optimisation & SEO Pt 2 deals with the dimensions of images