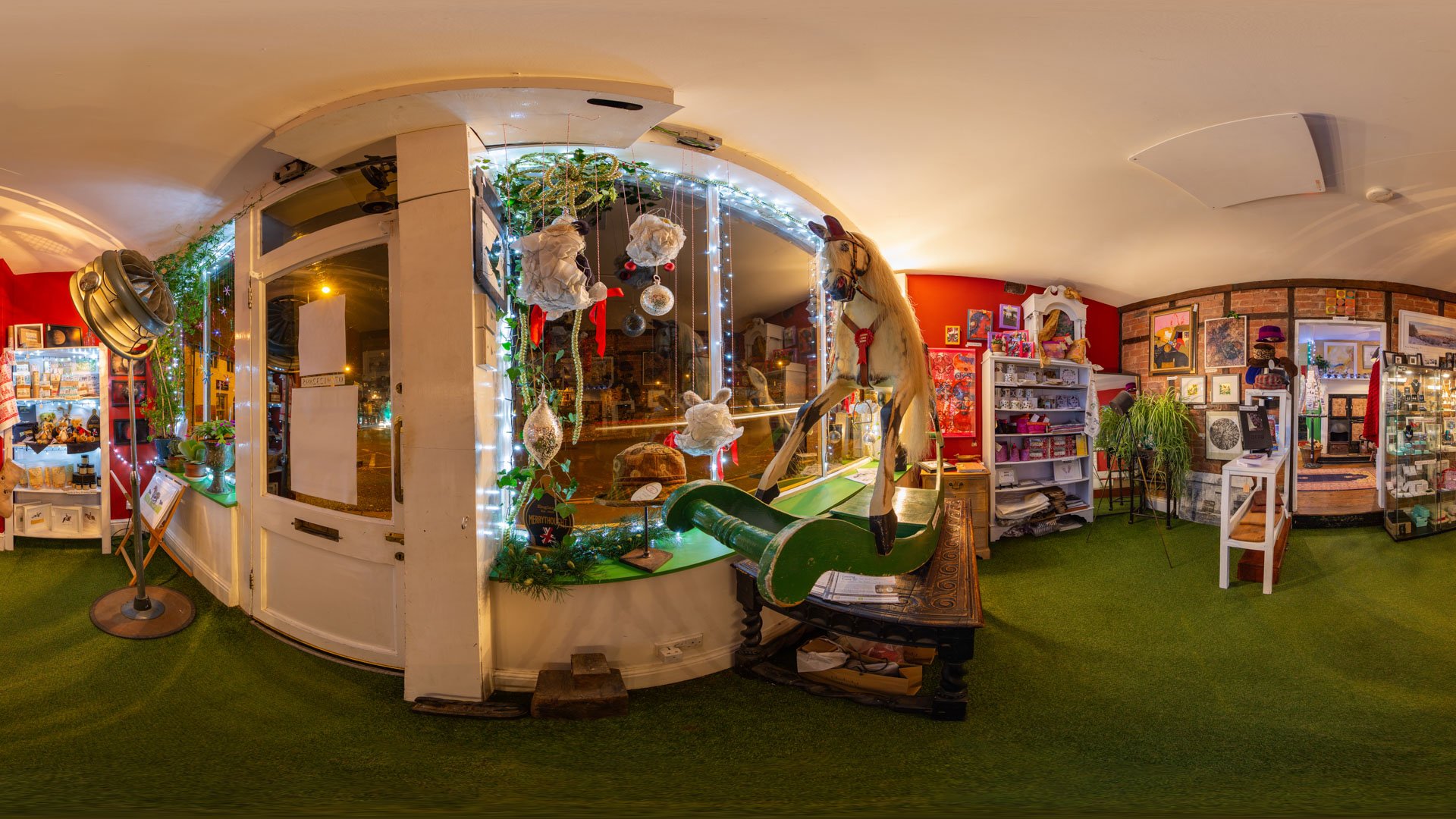 What does it do? It brings Augmented Reality under the same overarching API as Virtual Reality, opening the door to special effects like the one here (Chrome or Firefox) What does the X stand for? Nothing, it's a wildcard that stands for anything you like- its your reality after all! Maybe this will stop the tiresome debate around whether 360° Photography is counted as VR!

For 360° photographers who have used 360° Video cameras to augment "flat" video, this doesn't really affect us at all. What it does though is make it possible to imagine both VR & AR targeted in a single release - supported widely and to an extent, future proofed because browsers are already committed to maintaining the support.

Potential Uses for WebXR in Video

360° video has attracted the interest of the BBC amongst others, and with support from YouTube and Vimeo, there is a ready made distribution platform waiting for content. Is this medium of interest to artists as well as broadcasters? It should be since it's tailor made for short experimental pieces. Like any internet distributed media, the problematic parts are

b) attracting an audience

So far as the 360° Photography industry is concerned, WebXR is supported in Pano2VR and 3DVista. In both cases, photographers need to re-export their virtual tours in order to have them support the new standard. A pain, but a necessary one. We have twenty virtual tours in our Funky Frankwell site, each one of them will need to be redeployed. Good thing the weather is so poor in the UK, because that is a job for a rainy day!

Games are right on the bleeding edge of immersive storytelling, they have been for a long time and I don't see any sign that will change. The gaming industry is very well placed to take advantage of this development.

Oculus and the WebXR Devices API

Have a listen to what Oculus have to say about it:

Does Oculus Go support WebXR? Well, its not the device, but the browser that provides the support so since Oculus Browser 7.0 and later supports WebXR,  then the answer is Yes.

It is  the Oculus browser that remains the best viewer for immersive content. Though it's not cheap and has been dropped from the Oculus Business Platform where Oculus Quest takes its place. This is a shame because we have used 360° Video in the work we have done for Learning Cultures. We filmed a discussion about body language in the context of emotional awareness. 360° Video seems like a perfect solution, but the lack of headsets in schools rather scuppers the experiment. Making it more instead of less expensive seems counter intuitive.

The other side of the debate though is that business has had a good few years to embrace immersive worlds and has conspicuously failed to do so. Oculus could be right in betting that the future is more likely to align to the better featured Oculus Quest.

The Future for Virtual Tours

This is where we're involved. We've enjoyed a fair amount of success last year with our Virtual Tour offerings and after lockdown ends, we think that more businesses will want to explore the possibilities. We've created one Virtual Tour for Security Wise Ltd that shows off the smart home of the future, the viewer can experience the showroom virtually and watch as blinds open and close automatically. This was very effective in 3DVista and was based on layering a sequence of identical panoramas with blinds in different positions. It could have been shot in 360° video but the Insta 360 Camera that we have lacks the resolution of the Canon 5D so we opted for creativity instead.

Take a look and see - and yes, this is available in WebXR!